Register for our upcoming video series to showcase feeder automation powered by our farm-wide kit on a sheep farm in regional Victoria Australia. Speak to our team now!

AgMesh, an agtech start-up based in Victoria, won the Business and Corporate Innovation prize at Sheepvention in August, making it two years in a row the company has been on the winners’ list. The young company had an exciting 12 months; it graduated from SproutX, Australia’s leading agtech incubator, and has developed it’s AgMesh Live portal, which will be commercially available in later 2019.

AgMesh uses proprietary sensing technology to measure individual animal presence at key activity areas, and then sends that data to the farmer to help inform decision making. Peter Higgins, co-founder and mechatronic engineer, hopes to “digitize the paddock”, and replace the conventional method of pen and paper data collection. “Sheep and beef farming, and livestock farming in general, has lagged right behind in areas and I could see someone needed to be spending time and effort doing this stuff.”

Aside from winning ribbons, the team at AgMesh found the event to be highly rewarding. “Having the chance to talk to so many people in just one place is such an opportunity for a company like ours. There has been a lot of interest in our product, and we’re looking forward to coming back next year.”

Sheepvention is a three-day sheep and agricultural field day located in Hamilton, Victoria. In 2019 it celebrated its 40th birthday with over 5,000 exhibitors and over 25,000 visitors. Other notable winners at the event were Feng Feng Wang (Young Designers Award), Mallee Park Stud (Most Successful Exhibitor) and Moorundie Poll Merino Stud (Highest priced Ram, $35,000). 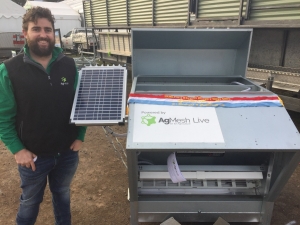 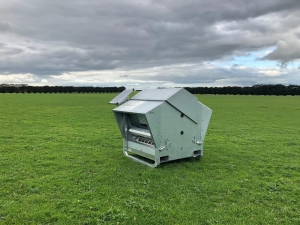